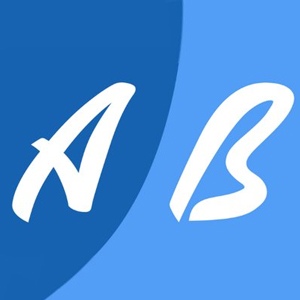 AB Tasty is a CRO (conversion rate optimization) and A/B testing tool that helps users boost their websites’ conversion rates and increase their sales. Its features include funnel tests, session recording, heat maps, and more. Here, we cover AB Tasty reviews and pricing. Ready to get started? Request a demo.

Estimated prices in USD are based on the current exchange rate when this article was written (Aug.15, 2019).

Ready to get started with AB Tasty? Request a demo.

Users who gave positive AB Tasty reviews mentioned that its platform is intuitive and user-friendly. Others like that it allows them to easily create an A/B test, while some said that its customer support team is excellent.

One user who left a positive review of AB Tasty on G2 said that it enables him to create an A/B test in five to 10 minutes. He added that its customer service, particularly its live chat support, is always responsive to his queries.

Users who gave negative AB Tasty reviews noted that its user interface is a bit outdated. Others dislike that it doesn’t automatically track clicks, while some noted that its reporting functionality is not that great.

One user who left a negative review of AB Tasty on G2 wishes that it automatically tracked clicks instead of requiring him to manually set up the tracking process for each item. He added that it would be better if it showed a report of overall clicks across his website.

6 Best A/B Testing Tools: A/B testing tools allow users to create multiple versions of a webpage and test them against target audiences. In this article, we compared VWO, Unbounce, Freshmarketer, Instapage, AB Tasty, and Google Optimize based on price, ease of use, testing capabilities, types of optimization, and more.

Check out the list below of some of AB Tasty’s features:

Can users test pages that need to be behind a login?

Yes, they can. Users may test pages that need to be behind a login (identified to a database or behind a .htaccess file) by loading the source code of the page into the editor. The editor will then show the formatted page so that they can easily modify it for other A/B tests.

Is AB Tasty suitable for websites that receive high volumes of traffic?

Yes, it is. AB Tasty has a scalable cloud-based infrastructure that can handle high volume traffic.

Here is a list of some of AB Tasty’s popular integrations:

Have you read these AB Tasty reviews and are still not sure if it’s the right fit for you? Read our reviews of all top A/B testing tools or check out one of these three AB Tasty competitors.