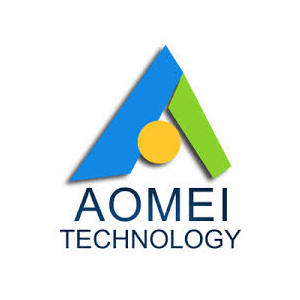 AOMEI Technology is a backup software development company that provides data backup and restore solutions. Its features include disk partition management, automatic/scheduled backup, file sync, system clone, and more. In this article, we cover AOMEI Technology reviews and pricing. Ready to get started? Download for free.

Ready to get started with AOMEI Technology? Download for free.

Users who gave AOMEI Technology a positive review said that the backup software is fast and efficient. Some of them also commended its scheduled backup feature which performs a backup within prescribed dates automatically.

One user who gave AOMEI Technology a positive review on Capterra said that his files were copied and stored quickly and efficiently. He also shared that its free version has a file syncing tool which ensures that files are synced throughout all networks and devices while the backup is in progress.

Users who gave AOMEI Technology a negative review reported that its user interface is a bit outdated compared to other similar software. Others complained about the lack of an option to pause backups.

One user who gave AOMEI Technology a negative review shared that its interface required some modern updates. He also mentioned that there is no full-screen option.

Check out the list below of some of AOMEI Technology’s features:

Can AOMEI Technology perform multiple backups at once?

AOMEI Technology allows license holders to perform multiple computers backups all in a single central console. It also has a schedule backup feature that enables them to adjust the frequency of their backups and automate the process.

Can AOMEI Technology backup files into the cloud?

AOMEI Technology users can choose a cloud drive desktop app as the target path of their file backup and sync. These apps include Google Drive, Dropbox, OneDrive, Box, SugarSync, hubiC, and Cloudme.

Have you read these AOMEI Technology reviews and are still not sure if it’s the right fit for you? Read our reviews of all top backup software.