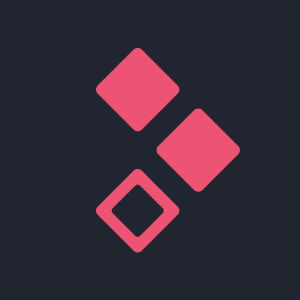 Better Proposals is a web-based office software that enables users to craft, monitor, and follow-up business proposals easily. Its key features include a template market, content library, custom domain, digital signature, and more. In this article, we cover Better Proposals reviews and pricing. Ready to get started? Get a free trial.

Better Proposals pricing is based on three paid plans: Starter ($19/month), Premium ($49/month), and Enterprise ($129/month). The main differences between the plans include the target user, and the number of active users and proposals to be sent as well as access to premium features such as project management integration, company report, custom setup, and more.

*Annual plans are paid in full at the start of the billing cycle.

Subscribers who need more than the number of active users allowed in their plan can add more for $19/user/month or $13/user/month when paid annually.

Freelancers and small businesses who do not send a regular number of proposals every month may avail of a Pay-as-you-Go plan by buying 10 credits―one credit is equivalent to one proposal―for $99 for a single user. The credits do not expire, and users can either buy more or upgrade to a monthly plan later on.

Ready to get started with Better Proposals? Get a free trial.

Users who gave positive Better Proposals reviews said that it is user-friendly and has beautifully designed proposal templates. Others liked its third-party integrations with other customer relationship management (CRM) tools and with Live Chat.

One user who gave a positive Better Proposals review on Capterra said that it has a very straightforward user interface. He added that its set of available templates are beautifully designed. He also shared that it helped them organize and improve their brand consistency. Lastly, he liked that it integrates well with their other programs.

Users who gave negative Better Proposals reviews suggested improving the import and export of data. They also complained about its buggy editor. Others disliked its unresponsive customer service.

One user who gave a negative Better Proposals review on Capterra said that its editor feature is not intuitive. He also complained about its unresponsive support team. He added that its pricing can be quite steep for users who do not send out a lot of proposals in a month.

Free Business Proposal Templates That Win Deals: Business proposals are documents outlining the terms of a sale for potential buyers. To help you speed up your sales process even further, we have created a business proposal template in PowerPoint and Google Slides you can download for free. We’ll also walk through the entire proposal process, including must-have proposal features and tips for following up with your potential clients.

Check out the list below of some of Better Proposals’ features:

What are some of the support resources that Better Proposals provides?

Better Proposals maintains a blog and a YouTube channel. It also provides FAQs, reports, and an e-book to help users navigate and fully maximize the software.

How many languages does Better Proposals support?

Here is a list of some of Better Proposals’ popular integrations:

Have you read these Better Proposals reviews and are still not sure if it’s the right fit for you? Read our reviews of all top office software providers or check out one of these three Better Proposals competitors.