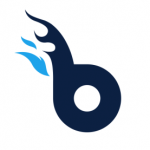 BuildFire is an app development software that allows users to build mobile apps for Android and iOS. It offers solutions for custom app development, employee communication, media and entertainment, schools and universities, and more. In this article, we cover user reviews and pricing. Ready to get started with BuildFire? Contact their support team for more information.

What BuildFire Does Well

Users who gave BuildFire a positive review like how the software’s variety of customizable templates make it quick and easy for them to build an app. They added that the user interface is great and its tools and plugins are easy to use.

One user who gave BuildFire a positive review on Capterra said that with only a couple of steps, he was able to build his app although he knows nothing about coding. He also mentioned that its pricing is affordable.

What BuildFire Does Not Do Well

Users who gave BuildFire a negative review said that the apps they created were not released to the store as quickly as they expected and that their customer support takes too long to respond. They also mentioned that the support videos and documentation can be enhanced to make them more helpful to users.

One user who gave BuildFire a negative review on Capterra claims that its support seems non-existent. He said that it took the support team over two months to fix his app’s issue with black screens, and when his RSS feed plug-in stopped working, he did not receive any reply from them.

BuildFire has three paid subscription options: Basic ($59/month), Professional ($149/month), and Business ($499+/month). The main differences between the plans are the number of in-app subscriptions, access to developer dashboard, custom plug-ins, and more.

*The annual plans are paid in full at the start of the billing cycle.

Ready to try out BuildFire? Contact their support team for more information.

Check out the list below of some of BuildFire’s features:
SEE FEATURES

Can users host multiple apps under one account?
SEE ANSWER

Yes. Users can develop multiple applications under one subscription. However, to function properly, each app will require its own subscription to be submitted to the App Store and Google Play.
HIDE ANSWER

Can users modify an app after it is published to the store?
SEE ANSWER

Yes. Users can make changes to their apps anytime and as much as needed after it is published. Anyone who already downloaded the app will automatically receive an update for the changes made.
HIDE ANSWER

Here is a list of some of BuildFire’s popular integrations:
VIEW INTEGRATIONS

Not sure if BuildFire is the right fit for you? Read our reviews of all top app development software providers.