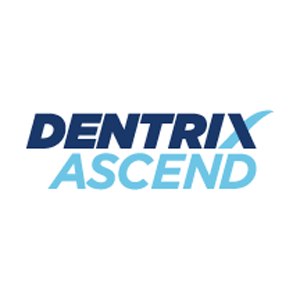 Dentrix Ascend pricing is not published on its website and is available only upon request. However, according to a third-party site, it costs $248/month. Factors that affect pricing include access to advanced features, such as appointment reminders, digital imaging, image analysis, and employee time tracking.

Ready to get started with Dentrix Ascend? Request a demo. 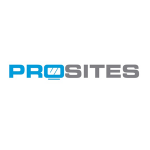 Users who gave positive Dentrix Ascend reviews said that it is easy to use, especially for clinical and accounting tasks. Some added that its ability to manage multiple locations, as well as its appointment management functionality, have streamlined their dental practice workflow. Others also shared that the customer support team is responsive, friendly, and helpful with their concerns.

One user who gave Dentrix Ascend a positive review on Capterra said that its cloud-based system has enabled him to use the platform and access his data anywhere. He added that the customer support team is friendly and effective in addressing his concerns. He also shared that the platform is intuitive, especially when tracking and validating his patients’ insurance policies.

Users who gave negative Dentrix Ascend reviews said that it’s difficult for them to generate reports on the platform. Some wished for additional features, such as employee time tracking and lab case manager. Others also complained about its steep pricing.

One user who gave Dentrix Ascend a negative review on Capterra wished for it to have a medical history form that new patients can complete online before visiting his clinic. He also suggested adding a lab case manager and referral tracking system to the software’s features.

Dental Marketing Software: Who’s the Best?: Dental marketing software uses automated messages to remind patients of their appointments and send promotional offers. You can also use it to boost your online reviews and generate leads. In this guide, we looked at three of the top programs, comparing their price, features, and ease of setup.

Check out the list below of some of Dentrix Ascend’s features:

Yes. Dentrix Ascend users can import X-rays and other dental images into the platform, through TWAIN devices. The image files are stored in a centralized cloud and are accessible to all of the user’s locations. Users can download, annotate, measure, and attach these images.

Can dental patients book their own appointments on Dentrix Ascend?

Yes. Patients can book their own appointments through the platform’s online booking. These bookings need to be confirmed by the dentist in charge. The online booking tool can also remind patients to schedule succeeding appointments.

Here is a list of some of Dentrix Ascend’s popular integrations:

Have you read these Dentrix Ascend reviews and are still not sure if it’s the right fit for you? Read our reviews of all top dental software.