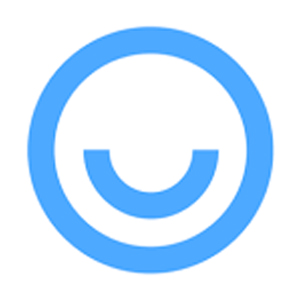 Dotloop is an end-to-end real estate transaction management software that enables users to facilitate paperless transactions and automate compliance workflows. It features real-time document collaboration, reporting tools, and a mobile app. Pricing starts at $29 per month. It is best for real estate businesses that process documents online and agents looking to access transactions on mobile devices.

Who Dotloop Is Best For

Dotloop’s pricing starts at $29 per month or $299 per year. There are three plans that are specifically designed for various types of users: individual real estate agents, teams, and brokers. You can perform unlimited transactions with all of these options.

This plan is designed for real estate teams. It includes all of the Agent plan’s features plus automated compliance workflows, custom branding, and full transaction visibility.

The Dotloop Business+ plan is intended for real estate brokers. It has all of the lower plans’ features as well as application programming interface (API) access, single sign-on (SSO), and a dedicated success manager.

Dotloop’s features are designed to help users streamline and automate real estate transactions online. Here are some of its most notable features.

Dotloop enables users to have a single working document, called a “loop.” For every document, all parties involved in the transaction can view and edit the loop in real-time. You can also insert e-signatures and view each document’s audit trail.

Dotloop shows visualized sales performance reports that summarize completed deals and those that are under contract, archived, or started. You can view total sales, monthly sales, and deals closed by each of your agents.

Dotloop’s mobile app works side by side with its computer software. With it, you can scan documents with your camera, host in-person signing, and add documents from third-party file storage apps like Dropbox and Google Drive.

After reading Dotloop reviews online, I discovered that most of the software’s users are happy with it. Many said that its e-signature functionality, task lists, and document collaboration have streamlined their real estate transactions. Some added that it has a user-friendly interface for organizing and tracking sold properties and pending deals. However, others complained that its form autofill feature usually does not work.

“Dotloop keeps all my transactions organized and upfront so I can easily see which ones need the most immediate attention. It keeps my tasks organized so I can work down the list to make sure nothing gets lost in the shuffle. It keeps track of pending deals, sold properties, and those that fell through. The tasks let me know what is due today and what is overdue. Keeps me on track with each transaction. The contacts are organized into industries to make it easy to zero in on the vendor you need for specific services along the closing timeline.”

Its autofill sometimes does not do its job

Users who gave negative Dotloop reviews complained that its autofill usually does not work and they end up manually typing in some form details. Some also wished that clients who are couples could use a single email address to sign documents. Some also said that the mobile app is not as functional as its computer software.

Which third-party software can Dotloop integrate with?

Does Dotloop train new users on operating the platform?

Yes. The first thing you can do is to check out Dotloop’s tutorial videos posted on its website. If you need more help, you can participate in its webinars. The platform also offers an online course called “Looper Certification,” which trains you on all the features that the platform offers.

What real estate document templates can I access on Dotloop?

Dotloop users can access templates for various forms, such as real estate agreements, disclosure forms, and addendum agreements. You can also add other types of templates, including rental agreements, clauses, and sales loops.

If you are not sure if Dotloop is right for you, this article on the best real estate software and tools for top agents is a review of our top choices. Our team looked at a variety of solutions and narrowed down our recommendations based on pricing, features, and ease of use.