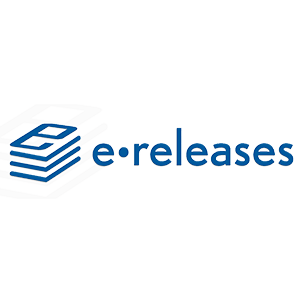 eReleases is a targeted press release distribution service that helps users reach out to journalists, bloggers, and radio and television media outlets. Its services include press release writing, editing, and distribution through its custom national PR Newswire distribution. Its pricing ranges from $299-$499/release, and it works best for small businesses with no prior distribution experience.

Who eReleases is Best For

eReleases pricing is based on three options: Buzz Builder ($299/release), Newsmaker ($399/release), and PR Pro ($499/release). The main differences between the options include word count limit, the number of targets, distribution channels, and guaranteed coverage, as well as inclusion of industry-specific media outreach.

Users can also avail of press release writing at an extra cost starting at $200.

The Buzz Builder option offers custom national distribution using the PR Newswire network. The releases are also sent directly to subscribing journalists. It comes with a 400-word count limit and gives users the chance to choose one target for distribution. It comes with a guaranteed exposure on 60+ media sites.

eReleases’ Newsmaker option comes with all the features that go with the Buzz Builder plan. In addition, it offers distribution to premium news outlets using the PR Newswire network. Users can choose two distribution targets, and press releases have an increased word count of 500 words. It comes with a guaranteed exposure on 90+ media sites.

PR Pro is eReleases’ most advanced option. It comes with all the Newsmaker features and offers users access to PRTrue list of journalists. Users can choose up to three distribution targets, and press releases can reach up to 600 words. It comes with guaranteed exposure on 120+ media sites.

eReleases offers press release writing or editing services to help small businesses get noticed by their target audience. The press releases are then distributed to its wide network of television and radio outlets, major news websites, and emailed directly to reporters, journalists, and bloggers. It also offers press release monitoring through WireWatch.

Users who don’t know how to write a press release or those with no time to write one themselves can avail of eReleases’ press release writing services. Users can send newsletters, notes, and websites as bases for the releases. They are also given the opportunity to approve, suggest changes, or revise the press releases before they are distributed.

eReleases integrates with the PR Newswire network, which ensures that press releases go directly to journalists. Content is also distributed to news content systems like SmartBriefs, Moody’s, McGraw-Hill, and LexisNexis. Users can also target industry-specific journalists or bloggers, as they have access to eReleases’ contact media database. Releases are also sent via email to subscribing journalists.

WireWatch is eReleases’ proprietary press release monitoring service that gives users up-to-date information on how their releases are distributed and picked up by various networks. It also gives users an estimate of its potential audience, as well as details on online engagement with their press release.

Which Press Release Distribution Service is Right for You?

Users who left eReleases reviews commented that it provides an easy way to prepare and distribute press releases. They like that there is no lengthy application process, and that payments are easily processed. Others, however, noted confusing information on its reach. Some complained that its interface needs improvement and that it suffers from glitches when uploading media content.

One user who gave a positive eReleases review on Shopper Approved likes its team’s attention to detail. She related that its team noticed a critical mistake in a release sent to them for distribution, and it was corrected immediately. She also noted that the team is meticulous in reviewing press releases before distribution.

“There is an unacceptable discrepancy between what is falsely advertised and what kind of reach is really provided—the stats of press/media views on the release are terrible. eReleases gets paid for the reach, and what reach they provided is absolutely laughable. You cannot advertise yourself as promoting a press release to thousands of people, and then provide barely any release views.”

What is the scope of the eReleases network?

eReleases has a global network of over 4,500 news websites, 30,000 publications, and 85,000 journalists who are constantly trawling the wire for newsworthy items to share with their readers.

Apart from mainstream television and radio media, press releases are also sent to each contact listed on a user’s chosen target business category, which has an average of 500 to 1,500 industry-relevant contacts.

Can images or videos be embedded in releases?

Which parts of press releases count toward the word-count limit?

All words within the press release that are distributed count toward the word limit. This includes the headline, dateline, boilerplate, and media contact information.

If you are not certain whether eReleases is right for you, this article on the 6 Best Press Release Distribution Services is a review of our top choices. In this guide, we looked at a variety of solutions and narrowed down our recommendations based on cost, word count, formatting, reach, and customer service.