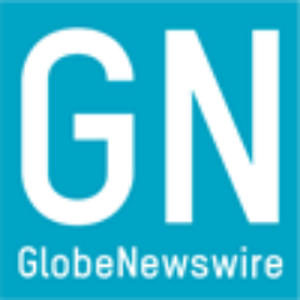 GlobeNewswire, recently acquired by West Corporation, provides immediate press release dissemination on a global scale. It gives users access to a wide range of media network and customized distribution lists for a more targeted press release pitching. In this article, we cover GlobeNewswire reviews. Ready to get started? Visit its website.

Ready to get started with GlobeNewswire? Visit its website.

Users who gave GlobeNewswire a positive review said that it is an ideal tool for users who need to pitch press releases immediately and on a global scale. They also said that the company gets them published in major news publications.

One user who gave GlobeNewswire a positive review on G2 said that it is ideal for public relations (PR) practitioners that need global distribution services. She said that GlobeNewswire is always reliable for international press release distribution and that its proven success rate has made many of their clients extremely impressed and happy.

As of the date that this article was written (May 6, 2019), there are very few negative reviews of GlobeNewswire available online. Some users noted that it has visual formatting limitations, which affect the flow of some articles that they upload to the site. It is notable, however, that negative reviews are rare, and users are happy with its services in general.

5 Best Free Press Release Distribution Services: Free press release distribution services syndicate your press releases to a network of media outlets at no cost. In this article, we reviewed the five best options based on the size of the distribution network, level of customization, and ease of use.

Check out the list below of some of GlobeNewswire’s features:

What makes GlobeNewswire’s services different from other providers?

Apart from simply distributing press releases, GlobeNewswire provides users with highly targeted distribution lists to maximize their reach to their target audiences. It also helps users identify the topics that their audience wants through detailed media monitoring services, which include conversation listening and customer behavior tracking.

How is GlobeNewswire able to help users improve their press release distribution activities?

GlobeNewswire does not only provide general media coverage reports but also shares an analysis report to help users improve their press release writing and distribution efforts. The company offers users with post-distribution reports that include comprehensive metrics on reach, access, social engagement, and visibility—insights that businesses can use to measure the return on investment (ROI) of their releases and fine-tune future communications.

Have you read these GlobeNewswire reviews and are still not sure if it’s the right fit for you? Read our reviews of all top press release service providers.