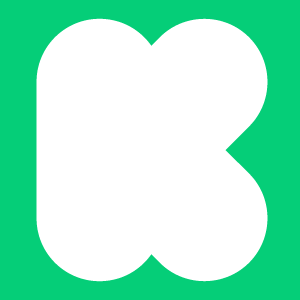 Kickstarter is a crowdfunding platform that allows creators of a variety of projects to obtain funding support from backers. It has been in business since 2009 and has received $4.7 billion in pledges from 17 million backers. It has seen over 176,000 projects funded and continues to help aspirants in the creative industry.

Who Kickstarter Is Best For

Kickstarter fees are more competitive compared to similar service providers. It charges 5% of the total funds raised but does not impose any fee on project creators if their funding campaigns do not reach their goals. In the same sense, it also does not provide funding if such targets are not hit.

Project fundings for successful campaigns are usually provided after 14 days and may take another three to five days for the funds to be transfered. The reason for this is that Amazon Payments—which processes all of Kickstarter’s transactions—has a mandatory funds hold period of 14 days. It is also during this time that backers are able to fix any payment problems.

Do You Qualify for Kickstarter Crowdfunding?

Anyone is qualified to create a funding campaign on Kickstarter if he is 18 years of age or older. Individuals under the age of 18 can still launch projects, provided that they are in collaboration with an adult or a guardian who meets the other requirements.

Creators also need to produce a project in their names or on behalf of a registered legal entity with which they are affiliated. Additionally, aspirants should be permanent residents of an eligible country, and must have an address, bank account, government-issued ID, and a major credit or debit card.

Kickstarter has set a few guidelines to consider upon application, and they are as follows:

If these rules are met, then those interested may start by filling in a short application form on Kickstarter’s website. Afterwhich, they will be asked to sign up for an account. Once created, they can begin creating campaigns by putting the basic details of projects. These include the project name, description, story, collaborators, backer rewards, and shipping costs.

What Business Owners Should Know About Kickstarter

Recent online Kickstarter reviews are generally negative, citing the high traffic jam of sellers and products as a drawback. There are some users, however, who like the platform for its ease of use and competitive fees. Others see it as a great place to run a campaign as it provides a large amount of exposure to their projects.

Easy to create and support projects

As of this article’s writing (Jan. 16, 2020), there aren’t many up-to-date positive Kickstarter reviews online. However, users who left reviews like how easy it is to create a project and that the process of pledging for a project is straightforward.

Good for project creators but not for backers

One user who left a negative review of Kickstarter on Trustpilot said that he has been backing projects on the platform for a while, but his experience with it is becoming worse and concerning. He added that its customer support team is not helping much in improving the situation. He also wished that it implemented a backer insurance policy to at least protect them.

No, it doesn’t. Transactions on the Kickstarter platform are between backers and creators directly. To request for a refund for a pledge, backers may contact the project creator or cancel their pledge if the project is still live.

Is there a maximum project duration?

Yes, there is. Projects on Kickstarter can last anywhere from one to a maximum of 60 days. The reason behind this is that according to its research, projects that go beyond 60 days are rarely successful.

What’s in it for backers?

Backers get an insiders look at the creative process and help a project come to life. They can also receive rewards offered by the project creator. These vary from project to project but often include a copy of what is being produced (CD, DVD, book, etc.) or an experience unique to the project. Backers can also opt to pledge for a project without selecting a reward.

Kickstarter is a great place for startups and businesses in the creative community that are trying to get funding to actualize their projects. It offers easy and simple project campaigns, and its 5% fee is relatively better compared to its competitors. It may not be the best place for backers seeking to get good return on investment, but it’s perfect for those who are supportive of artistic undertakings.

×
Want to Know the Best Small Business Lender?
Choose the most popular options that will suit your needs.
Yes. Show Me!