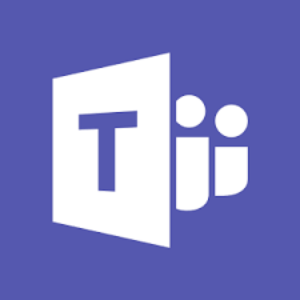 Microsoft Teams is a team collaboration and project management software. It enables users to send messages within their organization, store files, schedule meetings, share screens, and make audio or video calls. In this article, we cover Microsoft Teams reviews and pricing. Ready to get started? Download for free.

Microsoft Teams pricing includes a free option and two paid versions. In the paid plans, the service is packaged into Microsoft’s productivity suites: Office 365 Business Essentials ($5/user/month) and Office 365 Business Premium ($12.50/user/month). The main difference between the plans is access to premium features such as calendar scheduling and audio conferencing.

*Annual plans are paid in full at the beginning of the billing cycle.

Paid plans include a suite of Microsoft Productivity tools, such as Outlook, One Drive, PowerPoint, Excel, and more. For the complete list of tools included in each paid plan, interested users are encouraged to visit Microsoft’s website.

Ready to get started with Microsoft Teams? Download for free.

Which Project Management Solution is Right for You?

Users who gave positive Microsoft Teams reviews said that it is simple and easy to use. They also like that it works seamlessly with other Windows programs. Users cited particular features that they like, including meeting scheduling and recording.

One user who gave Microsoft Teams a positive review on G2 said that he likes the program’s unique functionality to create groups and channels within existing groups. He also mentioned certain features as excellent, including document sharing among team members, meeting scheduling, screen sharing, and meeting recordings. Overall, he recommends the program for businesses who want to streamline their tasks and keep their teams aligned and organized.

Users who gave negative Microsoft Teams reviews said that they encounter occasional downtimes and glitches when using the program. They also said that its notification alerts can be improved.

One user who gave Microsoft Teams a negative review on G2 said that the program’s chat feature’s filtering functionality sometimes malfunctions. He also said that the system runs slow at times and that the names of features get changed without notice, which can be confusing when searching for a particular feature to use.

Check out the list below of some of Microsoft Teams’ features:

Microsoft Teams provide new users with free instructor-led live training to get them up to speed with using the program. It also has ready-made video tutorials on the website to answer frequently asked questions.

Microsoft Teams’ desktop version is supported by both Windows and macOS. Its mobile app can be downloaded in Apple, Microsoft, and Android-powered devices.

Here is a list of some of Microsoft Teams’ popular integrations:

Have you read these Microsoft Teams reviews and are still not sure if it’s the right fit for you? Read our reviews of all top project management software.