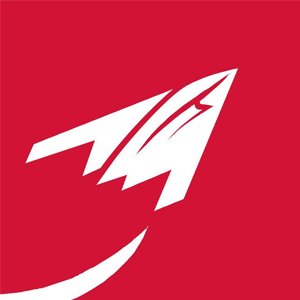 PR Distribution a professional press release distribution service that helps users write and distribute releases to media outlets. It also offers a custom newsroom where users can directly publish their news and announcements to target particular industries. Its pricing starts at $99/press release, and it works best for startups and businesses that want to rank in Google search results but with limited marketing budgets.

Who PR Distribution Is Best For

*The Yearly distribution package is paid in full at the start of the billing cycle.

Writing + Distribution Bundles are available as well, with prices ranging from $168 to $498 per bundle. You may visit its website to obtain more information about the PR writing and distribution bundles.

Editorial note: PR Distribution’s pricing packages are structured in a way that makes it easy for users to make the most out of their PR budget. While the sheer number of available packages may seem daunting at first, it gives users the flexibility to choose the package best suited for their needs, depending on the volume of press releases they want to distribute.

PR Distribution offers users end-to-end solutions for distributing press releases. It offers release writing, editing, and distribution services. It also provides reporting and analytics that help users evaluate the effectiveness of their campaigns. It offers a variety of distribution packages that fit the needs of its users.

Subscribers of PR Distribution’s Premium Pro and Premium Concierge packages have the chance to reach out to major media news networks. Their press releases are featured in major broadcast channels like ABC, NBC, CBS, Fox, and The CW and their affiliates.

Subscribers of the Premium Concierge packages are given the added benefit of spam-free press release distribution and targeted media distribution. Their releases gain national reach in newspapers, television, radio, and magazines, and are featured in journalist broadcasts. Their releases are also distributed to the AP, Reuters, and Bloomberg news services.

Which Press Release Distribution Service Is Right for You?

As of the date that this article was written (Feb. 18, 2020), I have come across very few PR Distribution reviews online. One reviewer commented that it has a good interface and that it offers an easy way to distribute releases. Another user said that it is efficient and provides good customer service. One user complained, however, that it is difficult to contact their customer support.

If you are a past or current PR Distribution customer, leave a review to help other business owners who are deciding whether or not to use the service.

PR Distribution uses the same technology utilized by book publishers to detect and prevent plagiarism. This technology ensures that the release is original and that Google’s changing algorithms will not hit it.

Can users edit press releases after they have been distributed?

How long is the turnaround time for press release writing services?

PR Distribution offers a turnaround time of two to three days for those who avail of its release writing services.

If you are not certain whether PR Distribution is right for you, this article on the 6 Best Press Release Distribution Services is a review of our top choices. In this guide, we looked at a variety of solutions and narrowed down our recommendations based on cost, word count, formatting, reach, and customer service.