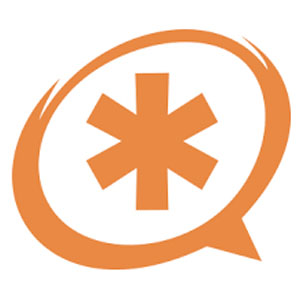 Switchvox by Sangoma provides voice-over-internet-protocol (VoIP) services and is a unified communications (UC) phone system built on Asterisk. Its features include call management and training, collaboration, reporting, and messaging. Its fees range from $12.99–$35 per seat, per month, and it’s best for small and medium-sized enterprises (SMEs) under various industries.

Who Switchvox Is Best For

Cloud offers phone rental options and plans to match each user’s needs. Metered plans range from $12.99 to $14.99 per seat, per month, while unlimited plans cost anywhere from $19.99 to $35 per seat, per month. All rates—including US48 and toll-free usage fees—depend on the length of the contract. All plans require a minimum of five seats.

On-Premise requires a $1,000 payment for the Switchvox software. In addition, appliance fees start at $695, while a user’s fee for the first year costs $90 per seat, per month. Discounts are provided to those with 200 to over 500 users. Renewal fees cost $25 per user.

Virtualization is completed through purchasing Switchvox and utilizing VMware®, which allows users to save on standalone appliance expenses. Then, they can add users—which includes a year of support—and choose their needed add-ons. Fees for virtualization are not readily available on its website.

Switchvox allows businesses to simplify their communications to a unified solution that can be deployed either on-premise or in the cloud. Here are Switchvox’s most essential features.

Switchvox allows users to view information about all calls made in the system. These are presented with graphs and customized and statistical reports that can be automatically emailed to them as a chart, XML, or HTML. Supervisors and managers may also run reports on all employees—be it remote or in-house.

Its Switchboard features advanced call management capabilities that provide complete call control—including receiving, transferring, recording, parking, and monitoring—all from their web browsers. The Switchboard may be fully customized by each user to ensure that it is easily accessible and ideal for their needs.

Switchvox Softphone allows users to access contacts, visual voicemail, status, and complete call control from any iOS and Android smartphone and Mac and Windows computers. For its mobile softphones, users may take calls over LTE, 4G, 3G, or Wi-Fi.

Teams may communicate better with Switchvox’s wide range of collaboration features—including chat, video chat, conference rooms, screen sharing, and multimedia chat. These allow teams to utilize various solutions depending on the demands of their workflow and needs.

Users who gave positive Switchvox reviews like that it is easy to use, allowing them to easily track phone calls and communicate with their customers. Others said that it has a robust mobile application that enables them to access the platform anytime and anywhere.

Meanwhile, there are very few negative Switchvox reviews available online, though some mentioned that they sometimes experience lags and bugs and that they wish that it had as many features as its competitors do.

“The company’s software to track phone calls is really simple and easy to use. It does not have any real bells and whistles, but gets down to the nitty-gritty that you really need to be able to check phone logs, change voicemails, and run phone call reports. Their phones connect together well, and our whole office is connected together, so it makes it easy to reach each other quickly.”

“Switchvox is still a comparatively young platform compared with Cisco or Shoretel, which means that sometimes, features or capabilities that have existed on those other platforms are not available on Switchvox if the feature is still new and not fully developed.”

Are users allowed to utilize their own phone numbers?

Yes, they are. Since it supports local number portability (LNP), most numbers can be transferred or ported to Switchvox Cloud.

Yes, and it has both 8xx and 800 toll-free numbers available.

What types of payment does Sangoma accept for Switchvox Cloud?

If you aren’t sure if Switchvox is right for you, this article on the 6 Best Small Business VoIP Phone Service Providers is a review of our top choices. Our team looked at a variety of solutions and narrowed down our recommendations based on price, features, and customer support.

×
Save 50% on Your Business Phone Service!
Visit RingCentral!