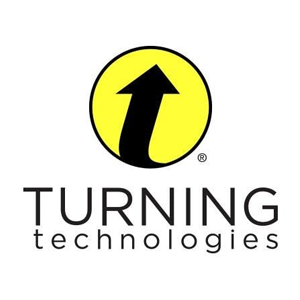 TurningPoint is a web-based interactive polling software designed for educational institutions aiming to incorporate surveys and assessments into the classroom setting. It features native integration with PowerPoint, scheduled surveys, automatic results upload, and more. In this article, we cover TurningPoint reviews and pricing. Ready to get started? Get a free trial.

TurningPoint pricing is not published on its website. Pricing for similar providers includes monthly fees that cost around $19 to $89; while the ones with more extensive functionalities can cost $4,999 to $9,999 (one-time). Interested users may contact its sales team to learn more about its pricing details.

Ready to get started with TurningPoint? Get a free trial.

Users who gave TurningPoint a positive review said that the software enables them to create real interactive polls and that the appearance of the results can be customized. They also like its convenient integration with PowerPoint. Others mentioned that the software is intuitive.

One user who gave TurningPoint a positive review on Capterra said that the software helps them to engage their audience on a new level. He added that it allows them to create anonymous polling questions and have their audience answer using a clicker device. He also likes that he can customize how the feedback is displayed on the screen.

Users who gave TurningPoint a negative review complained that the software is buggy and that there are instances when the remote clickers would not connect. Some mentioned that it relies heavily on a good internet connection. Others added that it is not compatible with some presentation software.

One user who gave TurningPoint a negative review on Capterra said that the software is not compatible with Apple Keynote. He added that the physical clickers are small and can easily be lost.

Check out the list below of some of TurningPoint’s features:

What types of training and support does TurningPoint provide?

TurningPoint offers quick start guides, video tutorials, and training webinars to help its users maximize its usage. Aside from that, technical support and online help are also available.

Is there an available mobile app for TurningPoint?

Yes. The TurningPoint app enables users to respond to any interactive question. The app is available for download on Android and iOS devices.

Have you read these TurningPoint reviews and are still not sure if it’s the right fit for you? Read our reviews of all top survey software providers or check out one of these three TurningPoint competitors.