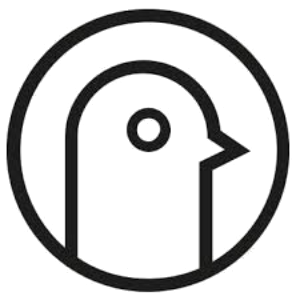 Tweet Binder is a social media analytics and hashtag tracking tool that enables users to monitor, analyze, and optimize marketing campaigns on Twitter and Instagram. Its key features include advanced statistics, excel exportation, and live reports. This article covers Tweet Binder reviews and pricing. Ready to get started? Request a demo.

Tweet Binder pricing is based on four paid subscription options: Basic ($88.06/month), Medium ($167.20/month), Advanced ($390.12/month), and Premium ($780.24/month). The main differences between the plans include the target user and number of tweets, as well as access to premium features such as live, 30-day, and historical reports.

Customized social media analytics plans are also available upon request. Interested users may contact Tweet Binder’s sales team or fill up a request form on its website to request a quote based on their specific business needs.

The U.S. dollar amounts above are based on the real-time foreign exchange conversion rates posted on Tweet Binder’s pricing page on the date that this article was written (July 24, 2019). Prices in USD change depending on Forex.

Ready to get started with Tweet Binder? Request a demo.

As of the date, this article was written, there are not a lot of positive Tweet Binder reviews online. Some users said that it is a great tool to track, analyze, and create reports of hashtags used in social campaigns. Others mentioned that it has a straightforward and user-friendly user interface (UI) where users can organize or classify data.

There are very few negative Tweet Binder reviews as of this writing. Some users wished though for a more affordable pricing scheme. Others suggested having the reports cover more than 30 days.

15 Best Social Media Analytics Tools: Social media analytics show data about the performance of your content and products and what your audience is most interested in. In this guide, we compared dozens of social media analysis tools and chose 15 of the best based on cost, ease of use, and reporting capabilities.

Tweet Binder users can access their reports in three formats: advance, basic, (both for presentations), and excel exportation (editable).

Have you read these Tweet Binder reviews and are still not sure if it’s the right fit for you? Read our reviews of all top social media analytics software providers or check out one of these three Tweet Binder competitors.