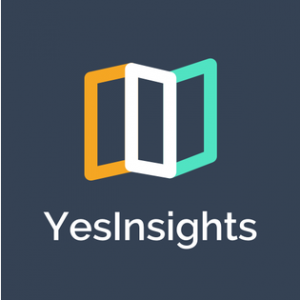 YesInsights is a survey software that enables users to gather market feedback through Net Promoter Score (NPS) and one-question surveys. The questions can be sent as a one-click survey to customers’ email addresses or embedded into the user’s website for visitors to instantly answer. In this article, we cover user reviews and pricing. Ready to try YesInsights? Get a free trial.

What TeamViewer Does Well

Users who gave YesInsights a positive review like that the software makes it easy for users who are not tech-savvy to create both short and long surveys. They also said that they enjoy creating the surveys because the overall design is visually appealing.

One user who gave YesInsights a positive review on G2 Crowd loves that the user interface is so simple and that the surveys help her company understand the needs of their customers better.

What TeamViewer Does Not Do Well

As of the date this article was written (10/07/18), there are very few negative YesInsights user reviews online, though some of them recommend that the Personal plan include company branding. It is notable, however, that most users are happy with the software in general.

One user who gave YesInsights a negative review on G2 Crowd said that there isn’t anything she doesn’t like about the software except that she hopes the cheapest plan would allow white labeling, too. However, she said that overall, she is very satisfied with its features.

YesInsights offers four subscription plans: Personal ($20/month), Startup ($79/month), Growth ($149/month), and Enterprise (custom priced). All plans come with a seven-day free trial. The main differences between the plans are the number of responses per month and the number of surveys per month.

Ready to try out YesInsights? Get a free trial.

Check out the list below of some of YesInsights’ features:
See Features

Where can I share the surveys created on YesInsights?
Read Answer

How does a YesInsights survey work?
Read Answer

Users create a survey that contains just one question. Respondents then simply tap or click their answer, and then they will be led to a customizable “thank you” page that lets you ask an open-ended question for deeper insights. The result instantly appears on your YesInsights dashboard.
Hide Answer

Here is a list of some of YesInsights’ popular integrations:
View Integrations

Not sure if YesInsights is the right fit for you? Read our reviews of all survey software providers.