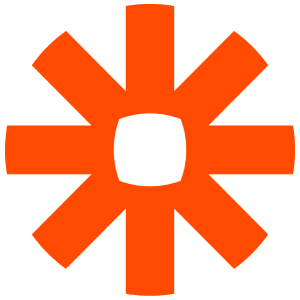 Zapier is a software automation tool that enables users to integrate their data between different web apps. Its features include multistep integrations, app filters, data formatting, auto-replay, workflow paths, shared folders, and more. In this article, we cover Zapier reviews and pricing. Ready to get started? Sign up for free.

*Annual plans are paid in full at the start of the billing cycle.

Company Plus plan provides enterprise-grade features and is available at customized pricing. Interested users may contact its sales team directly to inquire.

Ready to get started with Zapier? Sign up for free.

Users who gave Zapier a positive review said that it has a user-friendly system for integrating different apps. They also liked that there is a wide scope of software that can be connected through the platform.

One user who gave Zapier a positive review on Capterra said that its trigger-action workflow for integration is intuitive. He added that there is a wide range of possible combinations of automation steps that he can create out of his apps. He also mentioned that the automation he has made on the platform has saved a significant amount of time on his business tasks and workflows.

Users who gave Zapier a negative review said that they experienced disrupted integrations. They added that some integration options on the platform are not very useful for their businesses.

One user who gave Zapier a negative review on Capterra said that some integration options on the platform are not as comprehensive as integrations made through his apps’ full API access. He also reported that some of his data went missing in between integrations.

Check out the list below of some of Zapier’s features:

How can Zapier users connect one app to another?

Zapier users can connect multiple apps by setting triggers and actions. A trigger is the starting point of a workflow, while an action is what the Zap (integration) does when a trigger occurs. There can be multiple actions for a single trigger.

Can Zapier export data from one app to another?

Yes. While there is no robust way to mass transfer data from one app to another, users can work around it using Google Sheets. Users can create a Zap that would export data into a formatted spreadsheet, then create another Zap to import the data into another app.

Here is a list of some of Zapier’s popular integrations:

Have you read these Zapier reviews and are still not sure if it’s the right fit for you? Read our reviews of all top sales automation software or check out one of these three Zapier competitors.