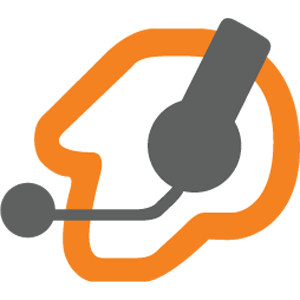 Zoiper is a voice-over-internet-protocol (VoIP) solution designed to provide end-to-end encryption for voice and video calls as well as text messages. It provides tools for contact management, video conferencing, instant messaging, and more. In this article, we cover Zoiper reviews and pricing. Ready to get started? Download for free.

Zoiper pricing has two license plans: Free (€0) and Zoiper 5 PRO (€39.95 per license, or approximately $43.92). The main difference between the plans is access to premium features, such as contact management, call conferencing, and number rewriting. Users who need more than 99 licenses may contact Zoiper’s sales team directly for more information.

The free noncommercial plan can be downloaded on the following devices: Windows, macOS, Linux, Android, and iOS.

Conversions to United States dollars are based on the current exchange rate when this article was written (October 7, 2019).

Ready to get started with Zoiper? Download for free.

Which VoIP Provider Is Right for You?

Users who gave positive Zoiper reviews commended its reliable and encrypted VoIP solutions that enable them to conduct audio and voice calls easily. They also commented that its multiplatform capability with its desktop and mobile app helps them communicate with their customers anywhere.

One user who gave Zoiper a positive review on G2 mentioned that it allows her to manage communications with her customers and technicians efficiently using audio and video calls. She also said that it lets her efficiently fax documents to her contacts around the world.

Users who gave negative Zoiper reviews complained about lags during calls, lack of a video call recording feature, and call-waiting times. They also expressed dissatisfaction with how the customer support team handled their concerns.

One user who gave Zoiper a negative review on G2 said that he experiences lags during some of his audio and voice calls as well as a lot of background noise. He also reported that its customer support team isn’t as helpful as he wished them to be.

6 Best VoIP Providers for Small Business in 2019: VoIP phone services are internet-based alternatives to traditional landline phones with features, such as virtual receptionist and voicemail. In this article, we shared our top recommendations based on affordability, ease of use, and available features.

Check out the list below of some of Zoiper’s features:

How does Zoiper help users manage their communications processes?

What hardware do Zoiper users need to access the system?

Zoiper users need a desktop computer and/or a smartphone to access the system. An internet connection and a VoIP provider or private branch exchange (PBX) tool are also required.

Have you read these Zoiper reviews and are still not sure if it’s the right fit for you? Read our reviews of all top VoIP providers.